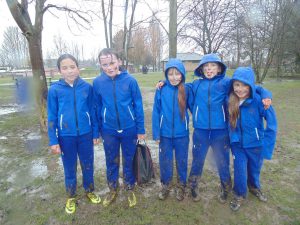 16 of our children represented the school at this year’s Billingham Netball competition. It was held outside on the MUGA at the Northfield school and Sports College with 15 teams attending the tournament overall. Both Team A and B won two games and lost one game finishing 5th and 6th overall. Well done to all our children who showed superb sportsmanship, terrific team work and an amazing attitude throughout the afternoon. 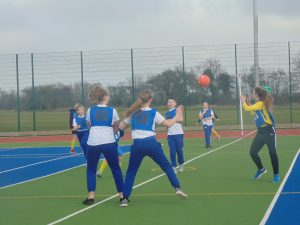 24 of our Year 3 and 4 children loved a morning of hula themed activities lead by Hoop Stars at Billingham Marsh House Sports Centre. All our children returned showing off their snake hip skills!

A special mention must go to all of the children who were again, complemented on their enthusiasm, determination and behaviour. Super stars! 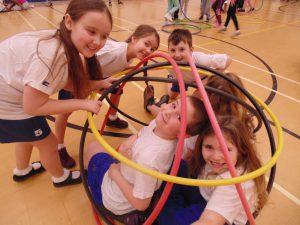 20 children (2 teams) competed at this year’s Billingham Girls Football Competition. The girls returned to school very cold and upbeat despite the freezing temperatures.

The B team narrowly lost their first game against Priors Mill (0-1), then lost their next game against Bewley (0-9).  They then went on to draw and win in their final two games. The A team won their first two games against Priors Mill and Wolviston winning 3-0. Unluckily they went on to lose their third game against Billingham South (0-1). Team A successfully made it through to the semi-finals where they came up against a very well organised and determined St Paul’s Team. Unfortunately they lost 0-1. Both teams showed so much courage, heart and determination in very cold condition. Well done Girls! 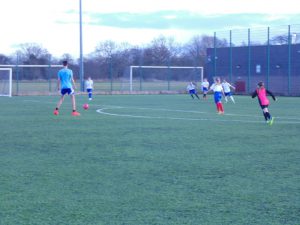 In Year 1 all our children are enjoying their PE sessions with Mr Lowe, Miss Todd and Miss Fletcher. This Term the children will be focussing on improving their physical literacy skills. Can they walk, run, jump, hop, skip, gallop, slide, leap and find space effectively? 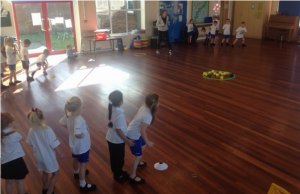 18 of our children represented the school at the Northshore 5 & 6 Sports Hall Athletics competition held at the Durham University Boulevard building in Stockton. All of our children performed to an outstanding level against some very tough competition. A special mention to Nicola who won both the long jump and 1 lap relay overall. Eventually Roseberry were awarded 3rd place with Crooksbarn winning the competition overall.

20 of our Year 4 children throughly enjoyed themselves at this year’s 3&4 Sports Hall Althletics festival. Children were able to compete in events such as obstacle relay, 1 lap relay, chest push, triple jump and much more. There were some astonishing individual results with all the children showing a postive, respectful attitude throughout the day. Well done! 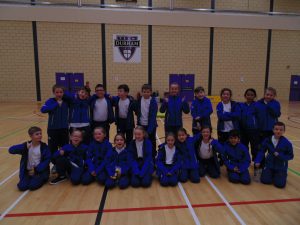 20 children (two teams) were selected to represent the school at this year’s Stockton Tri Golf competition. Children were able to compete in a range of gold related activities such as long/short distance striking, chipping and putting. All children involved behaved impeccably and worked fantastically well as a team. A special mention to Team 3, as they managed to come 3rd out of 12 schools overall.  An amazing achievement!

Roseberry entered two teams into this year’s Billingham Football Finals. Both teams played some fantastic football, showing real enthusiam and team spirit. Team A drew their first game 0-0 with a very tough Wolviston team. They then went on to win against Priors Mill 4-0, but unfortunately met a very impressive Bewley team who beat Roseberry easily, 5-0. Unluckily they missed out on a semi final place on goal difference. Well done boys! 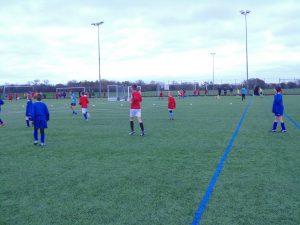 30 of our children attended an a fantastic community club links event at Northfield. All children enjoyed participating in activities such as Tag Rugby, Badminton, Table Tennis, Hockey, Canoeing and Cricket. All activities were delivered by coaches from local clubs in the area to promote participation in sport beyond the normal school day.

Well done to all the children and support staff who attended the Billingham Tag Rugby Finals, they were a credit to the school.