It is with great pleasure that we are able to inform you that for the fourth year running we have been re-accredited with the gold award.  Consequently, we will be looking to attain the platinum award next year.

The School Games Mark is a Government led award scheme launched in 2012 to reward schools for their commitment to the development of competition across their school and into the community. Registered schools can apply annually through a short application form which will be marked by their local School Games Organiser (SGO). Their application will be graded as either bronze, silver, or gold. Those schools which consistently achieve the gold award will also be offered the opportunity to upgrade this to platinum.

“On Tuesday, 12 Y5 children visited Durham University for an Athletics Competition. All the children enjoyed taking part and applying their sports skills successfully to compete in various events. Overall, they came 5th in the competition. As always, Roseberry children were enthusiastic and demonstrated a good sporting attitude throughout. Well done, Year 5!” – Mrs Robson

“On Wednesday 17th October, nine Year 6 boys went to Northfield to compete in a football tournament. All together there were four games and the boys won 1 out of 4 but this does not matter because the boys played well and tried their best. In the end, we came 4th out of the league.” – Bradley, Year 6 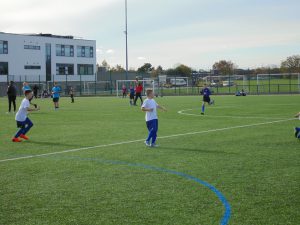 Seven girls from Years 5 and 6 took part in a football tournament at Northfield School. They lost one and drew two of their games. All those involved were impeccably behaved and thoroughly enjoyed taking part in the event. 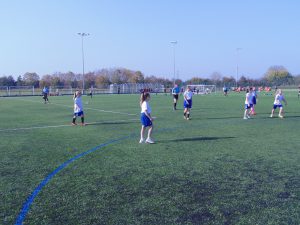 “After a long walk, we were sent to our first match against Myton Park and we beat them 6 – 4. Next, we played St. Paul’s – this was a tough match but we didn’t give up. In the end, the score was 5-2. The final game of the league saw us beating St. Mark’s 4 –2. We had won the league! In the semi-final, we came up against the Billingham winners, Bewley. It was a tight game with a score of nil—nil. Bewley scored in the last 20 seconds making it to the final. After versing Hartburn and beating them 2—1, we ended in the bronze medal position.” – Jasmine and Evie, Year 6

Millie J, Alfie F and Warren C took part in the Stockton Cross Country finals held at Preston Park earlier this week.  They thoroughly enjoyed participating and completed the course successfully.  Well done to all three children and thank you to Mrs Lee and Miss Logan for taking the children and supporting them from the sidelines.

22 of our Year 4 children attend the Stockton Tag Rugby skill day held at Northfield School and Sports College.  Again all the children were a credit to the school in their effort and impeccable behaviour.

It was also very encouraging that some of our ex-pupils have continued their love for PE and Sport – as we saw some familiar faces being Sports Leaders at the event. We are very proud of all the children who took part. Well done! 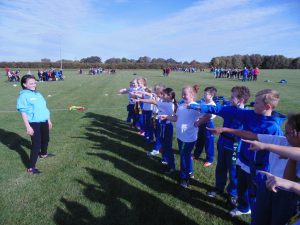 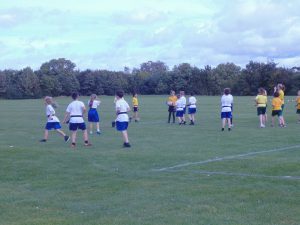 Team 1 were unbeaten in the group stages, beating Wolviston in the semi-final (5-2) and then went on to qualify to represent Northfield at the Stockton Tag Rugby Finals.

Team 2 were always positive in their outlook and displayed extraordinary effort and tremendous team work.

Team 3 were placed in the Plate competition and also went unbeaten to be crowned champions.

Team 1 went on to the Stockton Tag Rugby Finals with great confidence after showing some thrilling tag rugby skill in the early rounds of the Billingham competition. Roseberry started as they left off by remaining unbeaten in the groups stages of the competition. Unfortunately they were beaten in the semi final by a late try but then showed steely resilience to bounce back and win the 3rd/4th playoff, finishing third overall. 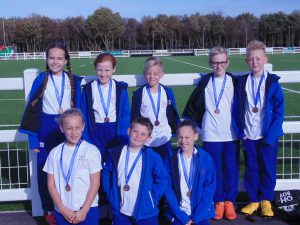 23 of our children competed in this year’s Billingham Cross Country held at Northfield School and Sports College. 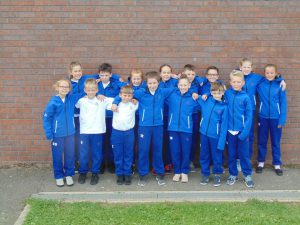 Once again our children were fearless in their approach. Never giving up and always giving 100%. A special mention to Millie, Alfie, Warren and Tia who went on to represent the Northfield cluster at the Stockton Cross country finals.