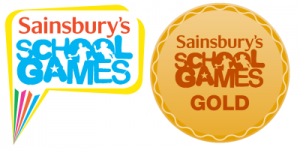 For the second year running, Roseberry Primary School have been awarded the nationally recognised Sainsbury’s School Games Gold Award for its outstanding contribution in motivating children to participate in competitive school sport. Well done to all of the PE Team. 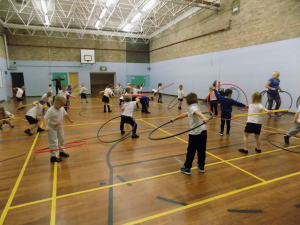 All our children came back from the event enthused about their favourite sports and loved meeting and making new friends from different primary schools in the local area. 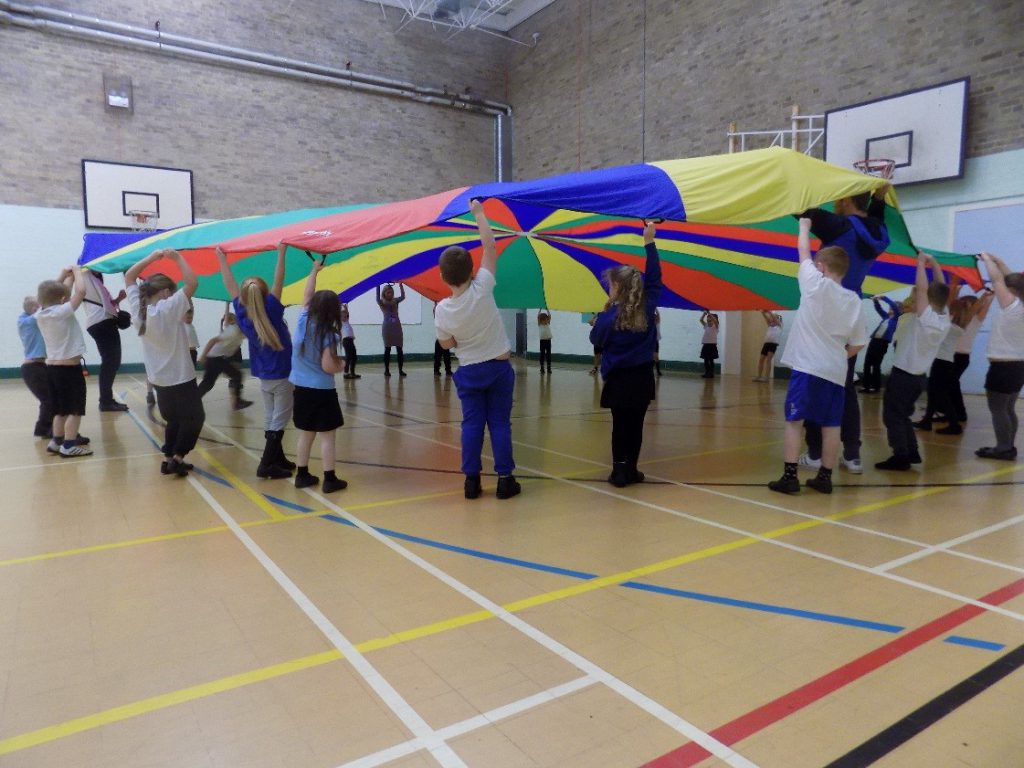 30 children represented Roseberry Primary School at Billingham’s Basketball competition held at Marsh House Avenue in November. Performing fantastically well, both the B and C team thoroughly enjoyed competing against teams from both the Northfield and St Michael’s cluster. 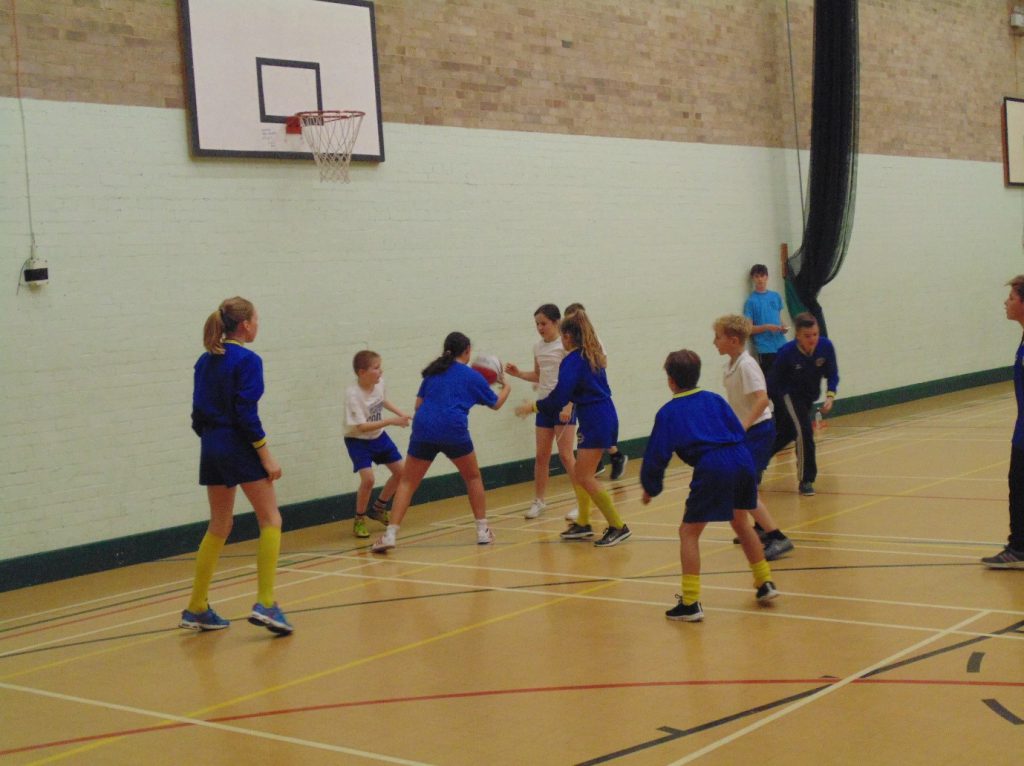 The A team managed to make it through to the 3rd and 4th place play-off and faced a very competitive Prior’s Mill A team. This turned out to be a very one sided game with Roseberry constantly on the attack. However, all praise must go to Prior’s Mill team who defended ferociously to the final whistle. Roseberry ultimately finished a very respectable 3rd overall. Well done to all children involved – they once again behaved impeccably and were a credit to the school.

On Monday 26th September, our Year 4 children attended the Stockton Tag Rugby Festival at Our Lady Saint Bede School. All the children enjoyed a carousel of tag themed activities. They thoroughly enjoyed themselves and behaved impeccably, returning back to school enthused about tag rugby. Well done to everyone involved. 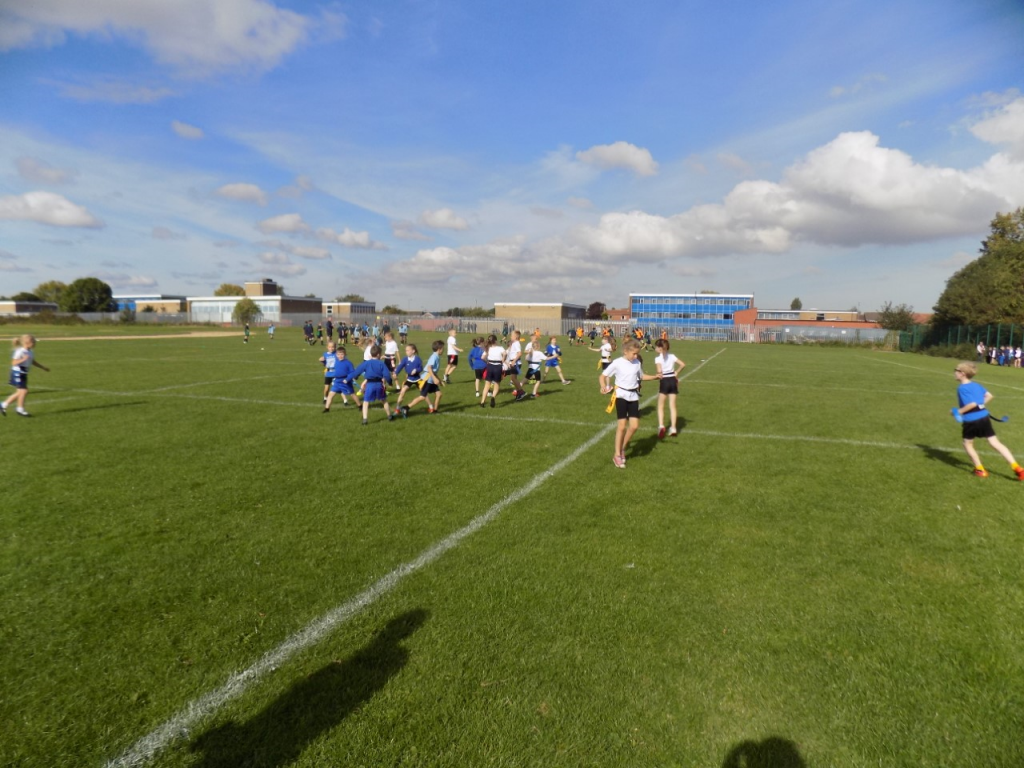 Mayhem, Mistakes and a Major shock at the Billingham Tag Rugby Finals 2016.

27 (A, B and C teams) of our Year 4 children represented the school at this year’s Billingham Tag Rugby festival held at Northfield School and Sports College. We entered an A, B and a C team hopeful of qualifying for Stockton Tag Rugby Finals for the 5th consecutive year. 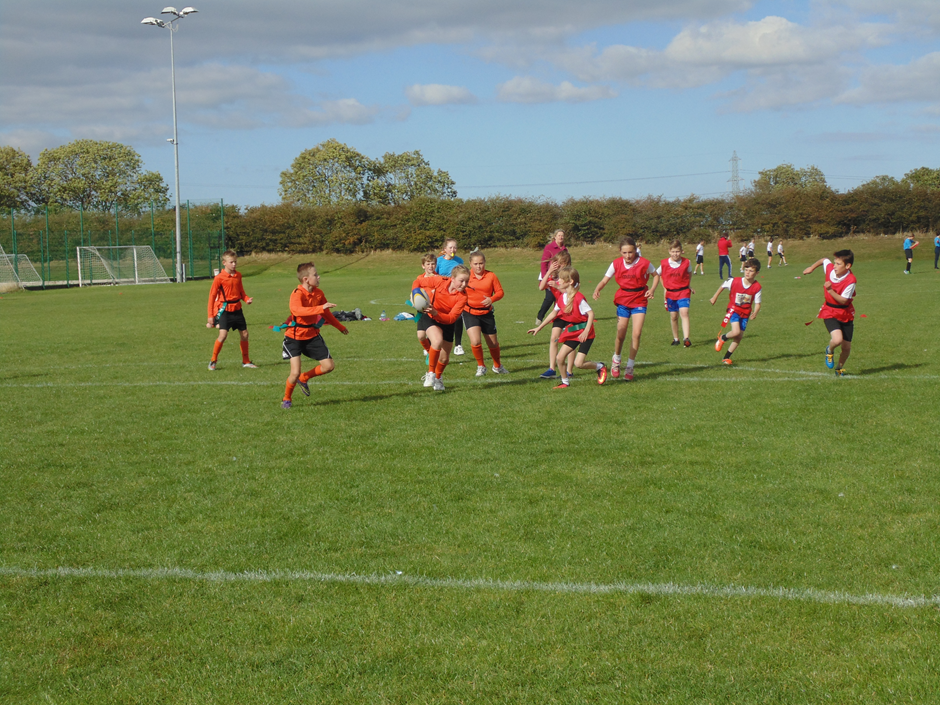 The A Team were very confident in progressing through to the final and got off to a great start against Priors Mill A team taking a well-deserved 2-0 lead. Then, Roseberry suddenly found themselves 4-2 down. Roseberry managed to draw level by a lovely solo try from Jayce for the referee to then give Priors Mill advantage and they quickly scored, winning the game 5-4.

Roseberry were shocked into action and then went on to beat Billingham South A and B into submission. This meant that all hopes of Roseberry’s progress to the final depended on winning against a very tough Wolviston side.

The game was littered with mistakes  and  with the game even at 4-4 in the final seconds, Sadie was judged to have passed the ball forward whilst level for Wolviston to sprint to the try line, winning 5-4. Clearly this was not Roseberry’s day!

Roseberry B team struggled to gel as a team and clearly lacked confidence after a crushing 8-0 defeat to Priors Mill B team. However, the team slowly improved, drawing their final game against Billingham South A team.

The C team were place in a very competitive league with teams from the ST Michael’s cluster and did very well to keep their temperament when others were losing theirs. Well done to all the C team who showed true team spirit and never gave up.

Unfortunately, Roseberry were unable to progress further. Well done to all the children who showed great determination to succeed whilst still in keeping with spirit of the game. Congratulations to Bewley and Priors Mill Primary school who will represent Billingham at the Stockton Finals. A huge thank you to all the parents who took time to come and support the children –  it was greatly appreciated.

20 of our Year 6 girls braved the torrential rain and headed up the road to the Marsh House Sports Complex to celebrate girl’s football week. All the girls thoroughly enjoyed sessions delivered by Liam Cox and the FA Skills coaches.

The girls enjoyed the chance to show their passion, enthusiasm and skill in football as well as meeting and making friends with children from other schools. The girls are now looking forward to their Billingham Girls’ Football Competition in January 2017.

Our school places a huge importance on ensuring that all our children have water safety skills and can swim at least 25m before they leave in Year 6. A special mention must go to Reece Malcolm . Reece went on to win the Yr6 Boys Freestyle and will go on to represent Billingham Schools at the Stockton Schools Swimming gala held at our very own Billingham Forum on March 16th.

38 of our children represented the school at the annual Billingham Cross Country Finals held at Northfield School on Wednesday. All the children behaved incredibly well (as usual) and their attitude and determination were unquestionable. A special mention to 12 of children who were placed in the top 10 runners who will go onto represent Billingham Schools at the Stockton event in February 2017.